In the past week, the media has been abuzz with news of the German train supposedly discovered in a tunnel near Walbrzych, Poland, and the ground-penetrating radar images that appear to confirm the potentially invaluable find. 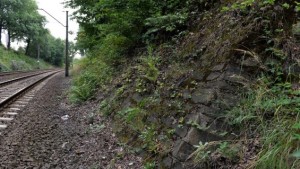 Local legend has it that at the end of World War II, an armored train carrying gold and other treasures had left from the German city of Breslau (now Wroclaw, Poland) and was driven into a hillside tunnel near Walbrzych as the Russian army approached.  The train has not been seen since.

The train itself (if it even exists) has not been located yet – an undertaking that could take months – and already the discussions surrounded the fate of the (ostensible) “buried treasure” are heating up.

Thus far, three camps have surfaced.  Polish officials have said that any cargo found on the train is the property of the state treasury.  However, Poland’s culture minister, Piotr Zuchowski, also added that valuables would be returned to the heirs of their former owners.  Jewish organizations have of course been vocal, with Robert Singer, head of the World Jewish Congress, noting that “Polish Jewish survivors have unfortunately never been adequately compensated by Poland.” Because the train potentially contains property belonging to these heirs, opportunities for compensation and restitution are likely to emerge.

The third camp involved in the debates over the valuables is the Russians, who say that they would claim part of the findings as reparation for Soviet wartime losses.  “Representatives of Russia should undoubtedly be involved in determining the value of the items discovered if the train is located,” lawyer Mikhail Joffe has said. “If the property has been taken from territory, including USSR, then the cargo, in accordance with international law, must be passed to the Russian side.”

Regardless, if a lost train is indeed found, the Polish state is all but guaranteed to face legal challenges from claimants, subjecting the rediscovered treasure to long and complex ownership disputes.