Thinking Outside of the Provenance Research Box 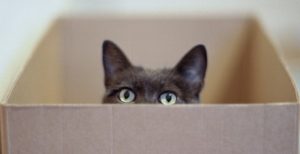 you beyond the typical art historical provenance resources on a path that can be confusing, unpredictable, and unfamiliar – and that’s what makes provenance research so exciting and, hopefully, rewarding.

Here is just a sampling of some of the outside-of-the-box steps I’ve taken to trace a work of art’s past whereabouts:

Posted by Victoria  / on February 01, 2017  / Comments Off on Thinking Outside of the Provenance Research Box  / in Provenance research